Sustainability in the Cloud Storage Industry 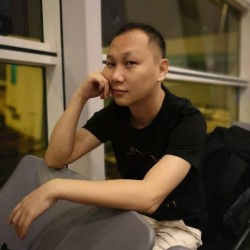 Latest posts by Joe (see all)

No matter how you look at it, the world is getting smaller.

And as more and more people adopt cloud storage solutions, that world seems to be shrinking by the minute.

Instantly accessible documents from anywhere in the world, with barely any lag time?

It sounds like something out of a sci-fi movie, but for many users, this has become an everyday reality.

While this is all well and good, the fact of the matter remains that are these digitally stored documents have minimal impacts on our environment as compared to physically stored paper?

Sustainability is a broad term that can have various meanings depending on the context in which it is being used.

In this particular case, it is being used to describe the sustainability of a cloud storage system in regards to its environmental impact.

In order to more closely define this term, it is necessary to provide a brief background on the more commonly known concept of sustainability in the context of the environment.

There is a strong correlation between an environmental issue and a social issue.

The two terms are often used together in the same sentence, with the implication being that in order to successfully address one, you must also be taking a stance on another.

Essentially, global warming refers to the gradual increase in the Earth’s average temperature.

This is primarily caused by an increase in greenhouse gas emissions.

The main culprits are carbon dioxide (CO2) and methane (CH4), both of which are emitted by our everyday activities.

This can include anything from driving, flying, walking, running; you name it.

CO2 emissions are often discussed as one of the primary causes of global warming.

This is not without reason.

While a few tons of CO2 emitted per year is nothing to sneeze at, it pales in comparison to the amount of CO2 that our planet emits naturally.

As mentioned previously, even though global warming can be attributed to greenhouse gas emissions from our everyday activities, this is only a small part of the equation.

As we currently stand, humans emit 4 metric tons of CO2 per YEAR and we only produce about 12% of the world’s greenhouse gas emissions, where transportation produces around 30%.

Fortunately, there is plenty we can do to reduce this number.

And some of our cloud storage providers are doing their social responsibility part as well.

There are many different ways to quantify these emissions, but regardless of which method you use, the numbers are still relatively insignificant in comparison to the amount produced by transportation outside the realm of cloud storage.

The largest element in this equation would be data centers.

In order to produce the same amount of emissions, a data center would have to be several times the size of a large city.

This is perhaps an unrealistic expectation, but if we take a more realistic approach by looking at the power consumption of a cloud storage system in terms of wattage — say, 120 watts per square meter — then we can get a much better estimate of the carbon emissions that are created when using cloud storage.

A study done by the University of San Diego provides an interesting insight into the carbon footprint that is associated with cloud storage services.

The study used a large amount of data and analyzed how much power was utilized by various servers and other hardware and software, and it also included the method in which the servers were cooled; either air or water.

Based on these results, we can make a few approximations.

The average server consumes about 20.4 kWh of energy which produces the same amount of 18 pounds emissions. (1kWh produces 0.92 pounds of CO2 emissions)

Given that Google, which is the largest cloud storage provider, has around 2.5 million servers in 2016, this calculation can give us an estimated amount of CO2 emitted by Google’s data centers every single year.

If they are true to what they claimed about having 100% renewable energy powering their data center.

Then a 5.5 GW energy portfolio can save up to around 3.8kilo metric tons of carbon emissions.

You can do the fun calculation on your own here.

When we consider that Google also provides cloud storage solutions to users, it becomes apparent why Google may be one of the most environmentally friendly cloud storage services available today.

How Can We Play Our Part in Helping the Environment

In addition to the small amount of CO2 that cloud storage companies produce, there are a number of other factors to consider.

Users, as a whole, have a great impact on the environment.

While staying within the bounds of being environmentally friendly has become increasingly easier since cloud storage solutions became so accessible, it is still important for users to be mindful of their actions and adopt sustainable habits as often as possible.

Hard disks are often used for a short period of time and then abandoned, thus creating a lot of waste.

This might be true due to its lifespan as compared to cloud storage. Find out more about how hard drive vs cloud storage here.

In some cases, they might simply be lying around in a closet somewhere.

This allows you to keep your data while also preventing it from going to waste and cluttering up your space.

It is important to keep in mind that the average data center consumes about 8 times less power than your average home.

This means that consumers can make a significant impact simply by using their Google account less.

Or just simple unplug your computer when not in use.

This small gesture will benefit the environment by reducing your power consumption and lowering your carbon emissions.

Let’s take a look at a few enterprise cloud storage providers that have been making the effort to be more environmentally friendly.

Storj is a relatively new provider that uses a decentralized architecture.

While many users have been reluctant to trust cloud storage, Storj has been making great efforts to be more environmentally friendly since it was founded in 2014.

Founder Shawn Wilkinson has said that one of the company’s main goals is being environmentally friendly.

In addition, they have also partnered with an environmentalist non-profit organization to further their mission into being green and environmentally responsible.

Storj is still young and it has yet to reach its full potential, but they are definitely one of the greenest cloud storage providers.

Amazon Web Services (AWS) has been making a great effort to be more environmentally friendly.

In addition to being a large provider of cloud storage, Amazon Web Services provides other services that can help reduce carbon emissions.

In 2013, Amazon made the decision to transition their data centers from coal power to energy-efficient green energy at their facilities in Virginia and North Virginia.

Also, Amazon partnered with GE to build wind farms and solar farms in US East and US Central.

Google is undoubtedly one of the greenest cloud storage providers.

Besides providing other green amenities like free recycling, Google has made great efforts to be environmentally friendly.

Dropbox has become well known for its sustainable business models and green initiatives.

In addition to providing the ability to recycle old hard drives, Dropbox has taken great efforts to be environmentally friendly.

For example, Dropbox aims to achieve these 4 sustainability targets before 2030.

While Dropbox is certainly doing great, but it can’t help others but look for Dropbox alternatives.

Microsoft Onedrive is another great cloud storage provider that has been applying efforts to be environmentally friendly.

OneDrive’s goal is to reach zero waste goals by 2030 and reduce its energy consumption by 50% from 2015 levels.

Microsoft also empowers their customer to do use their technology in understanding waste management.

Conclusion – For a Better Tomorrow

Many users are unaware of the great efforts that companies like Google, Amazon, Microsoft, and Dropbox are making to be more environmentally friendly.

While these efforts may not be visible during daily use of these services, they are still very much worth noting.

Hopefully, this article has convinced you that cloud storage providers are making great efforts to be more environmentally friendly.

And we could do our part in helping as well.

GCS’s team is dedicated to promoting corporate that are socially responsible.

It is important to remember that these companies serve millions of users daily and it is important to take the amount of carbon emissions into consideration when deciding whether or not you should use a cloud storage provider.

It's undeniable that the cost of cloud storage services will only keep on rising.

Grab the lifetime deal on this Black Friday & Cyber Monday to lock in your fixed price for the rest of your life!

Check out our curated lists here.

Find out all the fine print and details on the Black Friday Curated page here.